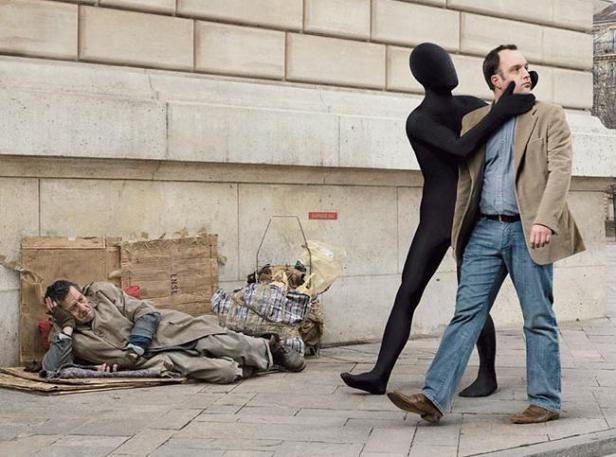 Yesterday I found a post from Laurence O’Bryan on Twitter with a link to a blog called, “Social Cleansing of the Homeless.”  (Link below.)  “Social cleansing” was an unfamiliar phrase, and it made me feel uneasy.  After I read the article, I felt far worse than uneasy. I was horrified.   I “tweeted” in response (writing that still makes me feel silly) and he “tweeted” back.  The result was an invitation to start this blog.

Niki Flow ‏@jazztizz Nov 13
@LPOBryan This is heartbreaking. I was homeless for a short time. Would love a a tweet storm about ideas 4helping w/what we have where we R

Laurence O’Bryan ‏@LPOBryan Nov 14
@jazztizz can you do a blog post and then we spread the word?

Niki Flow ‏@jazztizz Nov 14
@LPOBryan Yes I would be happy to do that. I’ll tag you when it’s finished.

I hope I do this very complex subject justice.

The only thing required for evil to flourish is for good men to do nothing.

My environment as a child never lacked any of the basic needs.  We had lean times, but I slept in a bed at night. I was sheltered from weather.  At 14, I ran away and learned a little about what it means to be homeless — but only a little.  I was more uncomfortable than I had ever been in my life, but help was everywhere.  After a week, I returned home.

Twenty or so years later, I learned about homelessness again.  I lived in DV shelters with my son for a short time.  When that was no longer an option, I decided we would go anywhere rather than home, ashamed, to family.  I’ll never forget the night my son and I walked around shops to stay warm in an affluent town near where I worked.  When it got late, my son fell asleep on the bench in the pizzeria, and we stayed until it closed.  When we stood outside that shop, when all the lights in that town dimmed and the merchants went home, I felt utterly terrified.  The deepest part of the night had just begun.

Our story had a happy ending.  I looked at my son’s sleepy face, swallowed my pride and asked for help.  I got it. I was lucky to have a good job, and I soon found a home with rooms to rent.  My housemate was a co-worker, and we became lifelong friends.  I began to make choices toward health.  By the time another 20 or so years passed, I was a different person. I had a new, loving husband and a home of our own.  Our life was full of blessings.

You must be the change you wish to see in the world. – Gandhi

I worked in the city, and I could never pass a homeless man or woman without wanting to help. I kept bills and change in my pockets and dropped those in a cup or an outstretched hand as much as I could.  One day a complete stranger stopped me and scolded me for “aiding their addiction.”

“If you give them money, they’ll spend it all on booze or drugs,” he said.  Contempt made his voice sharp, his gestures cutting. I walked away. I couldn’t form any words in the storm of emotions I felt.  That man spoke about homeless people as if they were some sort of sub-species and all exactly the same.  I knew he was as wrong as a person could possibly be, but I allowed his shaming to make me doubt what I knew. As we so often do, I replayed the encounter with the angry stranger over and over in my mind. I did that for years.  I thought of so many things I could have said, with wisdom and articulation, in that moment.

All that anguish in my thoughts did nothing but ruin my day.  After that encounter, I felt powerless to help, deeply ashamed and uncomfortable by the homeless people around me.  So I did nothing, and pretended not to see. I could pretend all I wanted.   My soul saw and felt everything.

Do what you can with what you have where you are. – Eleanor Roosevelt

Maslow called Eleanor Roosevelt one of the few self-actualized people in history.  When I learned in Psych 101 what that means, I decided I wanted to be self-actualized too.  I could never quite manage the bottom tier of the pyramid, but that didn’t stop me from trying to climb.

I became very sick seven years ago.  I worked on what I could control and on the most urgent needs in my life. Slowly, I returned to health, and from then on I looked at life differently.  Life was far more precious, and small things mattered less.  It was a very slow process with lots of falls.  There was only incremental progress, but it was there.  A year after I got sick, instead of waiting to die, I decided I wanted to live.  A month or so later a teacher appeared.  I found new and beautiful friends, mentors and guides who expected nothing from me but to keep trying, be kind to myself and to pay it forward.

Today my life is full of blessings.  When my sacred self is in the driver’s seat (rather than my ego), I’m truly grateful for it all. I recently watched a beautiful video with Julio Olalla called Amo la Vida (Love Life).  I loved when he spoke about the beloved quote by Socrates, about how the wisest of us know we have no clue.

“The interesting and fascinating thing with having no clue,” he said, laughing, “is then you fall in love with questions.”

That feeling of powerlessness I felt all those years ago persisted throughout my life.  I’m beginning to learn that that feeling of powerlessness is a lie.  I certainly have the power, right now, to help.  I can do “small things with great love.” Learning is a daily privilege, and I am clueless, still.  So, I “fall in love with questions…” and the question today is this:  What can I do where I am with what I have, right now, to help the homeless?  I don’t have answers yet, but I have a few ideas.  I plan to figure it out, then do it.

I cannot look away any more.

Social Cleansing of the Homeless by Christopher Taylor http://christophertaylorauthor.wordpress.com/2014/09/11/57/?utm_content=bufferc440d&utm_medium=social&utm_source=twitter.com&utm_campaign=buffer

7 thoughts on “It Begins with Me”

This site uses Akismet to reduce spam. Learn how your comment data is processed.